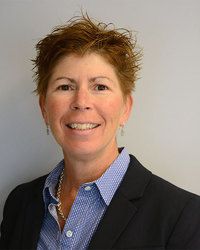 Chris has been representing parties in civil disputes since 1991. Her cases range from auto accidents and personal injuries to commercial disputes, sexual assault, defective products and claims of construction defect. She has tried dozens of jury trials over her 25+ years of practice and has settled hundreds more. Chris brings her competitive and detailed nature to all of her cases and fights hard for successful outcomes for her clients. Her practice areas include insurance defense, personal injury, cases involving defective products and defective construction practices and insurance litigation.

Chris is a native of southern Maine but has lived in Concord since starting her legal education at the University of New Hampshire School of Law, from which she graduated in 1991. Since then she has been a member of the New Hampshire bar association and has also been admitted to practice in Federal court.

Chris is an active member of the Concord community, volunteering at the local YMCA and sitting on various community boards. When not in court advocating on behalf of her clients, she can often be found competing on the golf course.

Chris’s representative cases include the following: