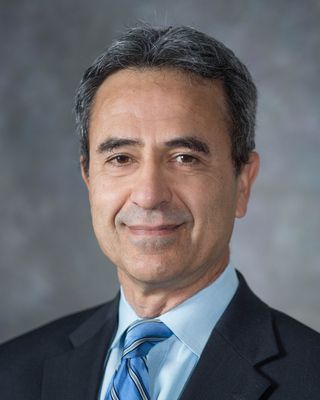 Download a V-Card to quickly reach us whenever you need.

Paul Maggiotto was born and raised in Buffalo, New York. He graduated Magna Cum Laude from the State University of New York (S.U.N.Y.) at Buffalo and attended Northeastern Law School, graduating in 1984. Paul started his legal career as an Assistant District Attorney in Brooklyn, New York (King’s Co.) from 1984-1990. He prosecuted primarily sex crimes and homicides as an Assistant in the Special Victims Unit and Homicide Bureau. In 1990, he was recruited by the New Hampshire’s Attorney General Office to prosecute homicides. As an Assistant Attorney General, Paul was lead counsel in what was probably New Hampshire’s most famous murder trial, State v. Pamela Smart, which was covered by news organizations across the world and led to the publications of two books, and produced two movies that covered the trial. Paul’s courtroom work in that case was recognized as “outstanding” and “brilliant” in news editorials.

As a criminal defense lawyer, Paul has also handled cases that have attracted national attention. Paul was defense counsel in State v. Hungerford, which was one of the first cases in the country to challenge the reliability of the recovery of repressed memories. Experts from across the country in various scientific fields testified which led to all charges against Paul’s client being dismissed.

In addition to criminal defense, Paul has used his litigations skills and life experience to represent individuals in high stake divorces, whether the issues are what is in the best interests of the children or the evaluation and distribution of millions of dollars of assets.

Paul has been very active in the community. He is a long serving member and Past President of the New Hampshire Association of Justice. He served six years on the Board of the Friends of Concord Crew, two years as president. He was Vice President of Express Soccer Club for eleven years as well as a coach. He has volunteered as a coach for the Concord Recreation Department's basketball and soccer programs. He currently sits on the Arthritis Foundation New Hampshire Advisory Board.

After raising his two sons in Concord, Paul has relocated to Lower Suncook Lake in Center Barnstead where he has taken up sculling. He is an avid road bicyclist, who has participated in numerous fundraising rides for the Pan Mass Challenge, Muscular Dystrophy Association, the Prouty and Payson.